The Governess by Gwendolynn James 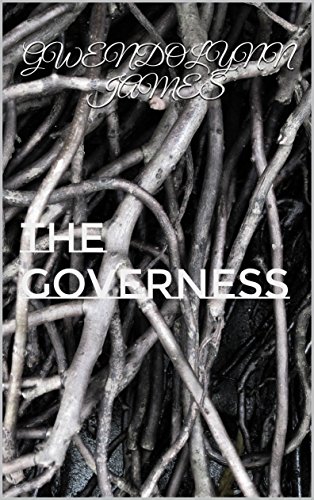 “The house will swallow you whole, snapping you up in its jaws if you let it. It influences you, I’m certain you’ve felt it. Quiet whispers in the dark, things where they shouldn’t be, shadows that move of their own accord.”
“Rooms that shift about, people that don’t exist–”
“Oh the people exist,” he says softly. “They are all part of the story.”

The Governess is charged with the care of the young and sprightly Georgiana, whose father is necessarily evil and whose house is built upon dark secrets. The Governess discovers an old manuscript in the house that sheds light on a clockwork garden and an unsolved murder. At first the Governess is intrigued, but realizes in dawning horror that the author’s story mirrors her own, as death seems to tick ever nearer. Intertwined with the life of a girl named Katlyn, the Governess soon becomes confused where her story ends and the others’ begins.
A trapdoor that leads to a monster’s den, a door that disappears in daylight, the burned remains of an attic room, steps that lead to nowhere, and a hauntingly knowing smile on her charge’s face lead the Governess into a house that is seemingly alive. Worst of all she fears….she fears she is not really the Governess at all.